Recently, a poignant, multimodal depiction of the fate of exiles has been doing the rounds on social media. Because it is set in Norway, the country in which I am also an exile, it is particularly relevant. Somalis in Norway wants us to think it a true story, ‘told to journalist Benjamin Dix and drawn by artist Lindsay Pollock’, as stated by the BBC on the link. It may well have its origins in truth – that I do not dispute. But how true is a story told to one person and drawn by another? Told in cartoon form – that medium more often associated with Tom and Jerry or Garfield, the medium in which characters pop back into life no matter what happens – the appearance is more of a fable. We, the readers, are distanced from the characters; we do not engage with them in their two-dimentional, colourless form. That is not to say it is not based on reality, or that is not believable. Rather, that through her choice of medium, the artist has chosen to distance readers from the realities of the situation. We do not dwell on the horrors of war, we scorn the brat-like children without emphasising with them, we expect the happy ending. Any details we wish to add – the feelings of the mother, the colour of the family’s skin – we have to imagine. With reader imagination providing so many of the details, then, how can the story be ‘true’? What is ‘truth’ in an age of photoshop and spin?

The border between fact and fiction is permeable; it always has been. Not long ago I copy-edited a fantastic book on exile in twentieth-century literature: Languages of Exile, eds Axel Englund and Anders Olsson. (You can view its contents and purchase it here.) A scholarly book, yes, but a very accessible one. Some of its contributors are exiles, and all discuss the experience of writing in exile. Sometimes that exile is voluntary, sometimes it is forced. Sometimes it is a mixture of the two – a choice not to return home. The power of Nelly Sachs’ poetry (A. Olsson) or W.G. Sebald’s pictorial prose (A. Englund, K. Båth) is precisely its believability; the emotions conveyed are real beyond doubt, at least in this reader. The editors were not adverse to contributors’ own opinions creeping in, bringing the scholarly prose to life. Let me give just one example. I do not know, but I suspect that L. Miočević’s description of the BCMS region may be based on personal experience. What leads me to this suspicion? A vivid description with few references. The author’s name and ability in the language(s). Does it matter to the merit of her work? Not at all. Does it influence her work? Perhaps. It is tempting to see, or to look for, passion behind the professional, academic prose. Certainly, her prose, like much of that in the volume, is suffused with an energy that is rarely found in scholarly writing, and this without doubt contributes to reader enjoyment of the whole book.

Exile is not new, nor is it going away. As borders become ever-more ephemeral, as Romantic notions of nationhood become ever more outmoded, exile will continue. The notion of the ‘other’ is as old as humanity itself, indeed it is much older, even if it has taken homo sapiens to give it a name (think of the geological term ‘erratic boulders’, for example). The literature on the monstrous in medieval art and literature, for example, is vast and growing. The monster can signify internal or external struggle (Beowulf, Crusades, knights’ quests). The other is not always debarred, but the visionary, the saint, treads a difficult path and is often misunderstood. 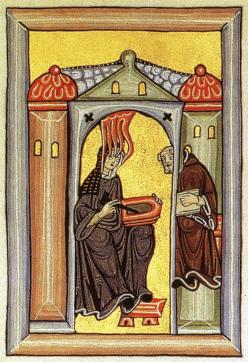 Hildegard receives and dictates a vision. Image from Wikipedia Commons.

When we left the UK in 2007, we intended to return. We left because we could; because there was an opportunity to do so, and we wanted to taste life outside of ‘home’ before we became so tied to ‘home’ that we would never leave. Putting that another way, we saw disgruntled Glaswegians (principally – we were in Glasgow, after all) grumbling, and we decided to see life elsewhere before settling down, before our careers took off. We were not unhappy in Glasgow – far from it! – and it remains one of our favourite places. But I don’t know if we could ever live there again.

So much is learnt about a place only by living there. Did you know that Swedes don’t hold doors open, and will only rarely offer to help a person struggling with a large bag? And do you know why? (Clue: the Jante law.) Did you know that in Paris you will receive abuse if your dog does his business on the pavement even if you have a bag in your hand ready to clean it up? Did you know that Norway displays original art in high schools because of the belief that doing so inspires young minds to learn, and teaches them to interpret the world around them?

Shall I say that last one again? Original art, in schools. On the walls, unprotected, undamaged. For the benefit of young minds. In Norway. A recent article in leading newspaper Aftenposten called for more. 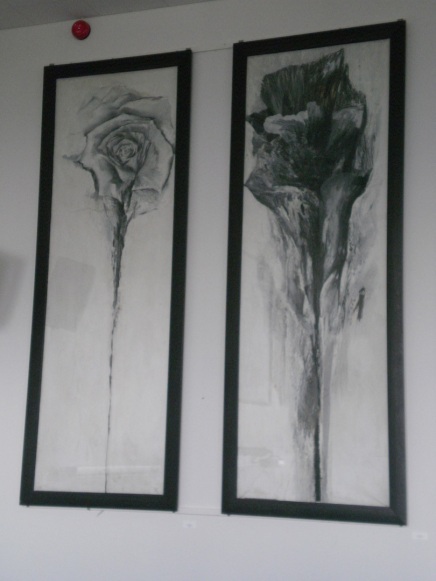 The photo above is of two items in the collection of Beat art paintings donated to Kristiansand Katedralskole, and the neighbouring university, by the collector (and alumnus) Reidar Wennesland. While such generousity is relatively rare, the culture that fosters it, and still encourages it, is all around.

This week, Norway was ranked as number 1 in the world, for the fifth year in a row, in the Legatum Prosperity Index. Coincidence? Maybe. This week I, a junior academic, have been invited to take part in a national meeting for postdocs in Oslo (I hope to attend), and invited to apply for 30,000 kroner from the research council in order to attend an ’emerging leaders’ seminar (which sadly I have to let pass for family reasons).

Meanwhile, the country where I was born, whose passport I hold, and in whose general elections I can vote, brings in bedroom tax and dubious education policies, and tries to run on everything on a business model at a time when the dangerous self-seeking incompetence of big business has brought so much of the world to its knees.

Yet I was born and educated in the United Kingdom. My MA and PhD were state-funded. Do I not owe it to my country – and my fellow citizens – to give something back? Believe me, I have asked myself that question repeatedly. In my time living in the UK I did give quite a lot back. I worked throughout my MA to support myself, since ‘state funded’ meant simply ‘no fees, crippling loans’. As of this year, 16 years on, I am now finally earning enough to be paying back those five crippling loans, which are from the ‘old scheme’ (that is, the one without any tax benefits and where repayment is at a set rate) and have thus accumulated plenty of interest for whomever now owns them. During my self-funded MPhil I worked no fewer than four jobs concurrently, mostly in order to pay the council tax which, for a north-facing pokey flat in the East End of Glasgow occupied by two part-time students, was more than a family member paid for a four-bedroom detached house on the banks of the Thames. I spent a year as a professional musician in the armed forces, and though it was not for me, I have the deepest respect for those who choose such service as part of their career. I have now worn the poppy in remembrance day concerts in four countries.

At the start of this post I spoke about the exilic status using the first-person plural. That was deliberate. I do not feel that I am able to return to my ‘home’ country. I was not forced to leave, nor am I debarred from returning. But, having viewed that land from abroad, and experienced how things can be otherwise in societies which reap the fruits of fair taxes, I have no desire to return. This ‘voluntary exile’ status is very different from that of those who have had no choice but to leave their homelands. In many ways, it is a question of principle. In others, it is a question of doing what is best for my children – something to which most exiles can relate. I bear no ill-will towards the UK, and I will always be grateful for all that it has done for me, and to all those who made it the country it should be.

But right now, and for the foreseeable future, the United Kingdom is not a place that I could call home. That means that my Swedish-born children will likely grow up ‘Norwegian’, but I don’t see what is wrong with that. We fly the saltire, we celebrate Christmas on the 25th December and Rabbie Burns a month later. But we also fly the Norwegian flag on the 17th May and we speak four languages at home. Let the children make of that what they will. 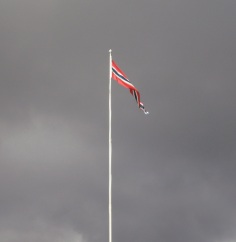 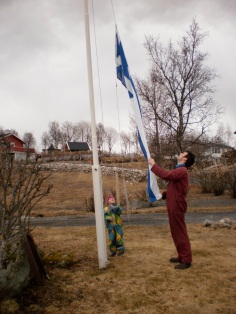 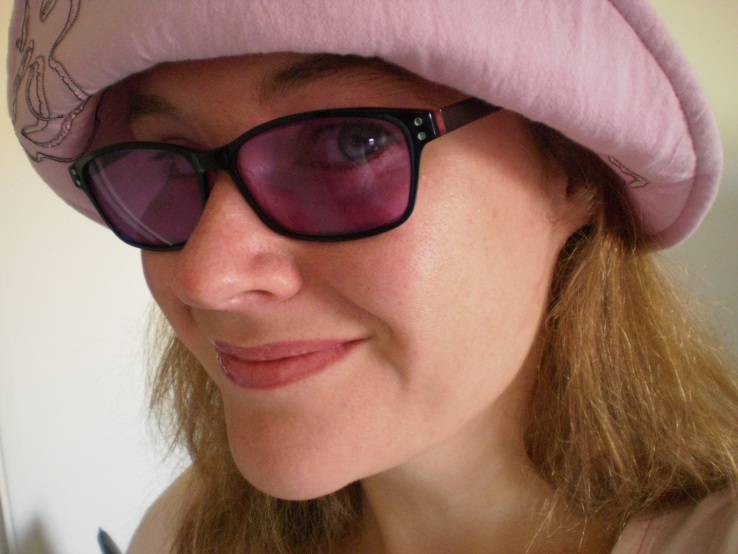